Beyond the Scoreboard: The Sweet Science of Boxing Needs More Sugar 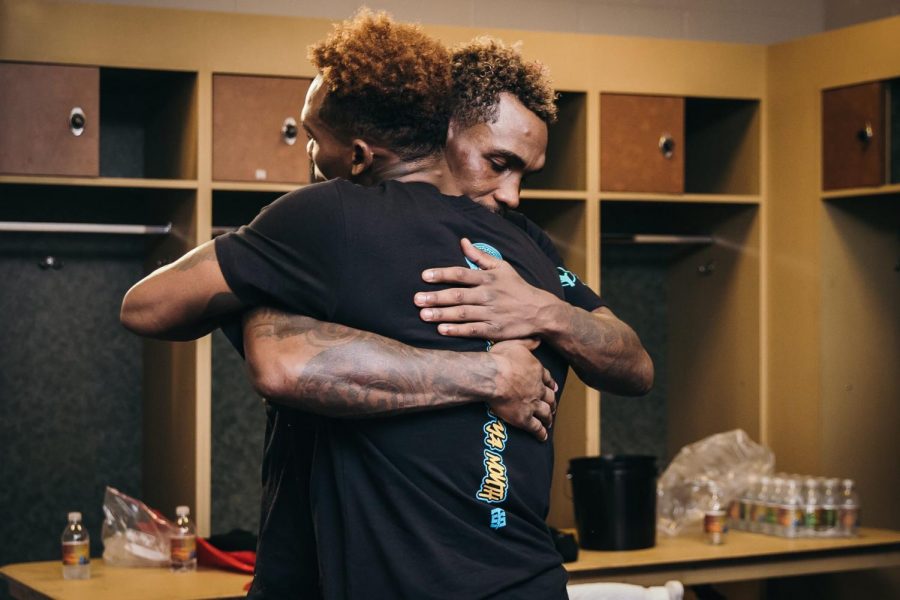 Jermall and Jermell Charlo are two of boxing's emerging stars, but is the sport of boxing doing enough to maximize their star power? (Courtesy of Twitter)

It is no secret that the sport of boxing no longer resonates with sports fans like it used it 30, 20 or even 10 years ago. More so, boxing’s progressive decline in popularity falls squarely on the proverbial shoulders of its four major organizations (WBC, WBO, WBA, IBF) and rival promoters who have not done their part in advancing boxing, leaving it lagging behind the other major North American sports.

Over the weekend, Showtime Championship Boxing provided fans with a pay-per-view headlined by two of its emerging

stars in twins Jermall and Jermell Charlo. The main card included five world championship fights and saw both Charlo twins come away with victories at the Mohegan Sun Casino in Connecticut. Jermall retained his WBA middleweight championship via unanimous decision against Sergiy Derevyanchenko, while brother Jermell knocked out Jeison Rosario to unify the WBC, WBA and IBF championship belts in the super welterweight division.

All things considered, this certainly seemed like a great night of championship boxing that fans would not want to miss out on. Well, I happen to be a huge boxing fan and truth be told, I did not watch one second of the pay-per-view as it was happening on Saturday night, and only not because it cost $74.99 to order. If I truly believed Saturday night’s fight card was worth that amount of money, there is no question I would have caught the action with some friends.

Unfortunately, even though both Charlo brothers boast great records (Jermall is 31-0, 22 KO’s and Jermell at 33-1, 18 KO’s), their current star power simply does not warrant sports fans investing their time and money to watch them beat opponents who are considered “elite competition” with such relative ease. Granted, this is not a knock on either fighter, because in general, championship-caliber boxers can only fight the opposition ultimately placed in front of them by their respective promoters. Therein lies one of the two problems that I believe is holding boxing back from staying as relevant as mixed martial arts and Ultimate Fighting Championship (UFC).

The truth is that boxing promoters like Golden Boy and Top-Ranked have prioritized strategically selecting opponents for their best fighters. Whether it be keeping a young talented fighter undefeated in pursuit of a potential title shot or ensuring their champion keeps his title belt around his waist, promoters are no longer interested in seeing if their prize fighters can consistently take on the best opposition. Far too often, we are seeing the best boxers go through stretches in their respective careers where they aren’t facing who fans would deem the “best of the best.”

Take for example Terence Crawford, current WBO welterweight champion who is universally known as, pound for pound, one of the best boxers in the world today. Aside from his matchup with undefeated Viktor Postol back in 2016, Crawford’s last seven opponents have been underwhelming to say the least, with names like John Molina Jr. and Amir Khan, fighters clearly past their primes at that point in time.

When you take into account that the welterweight division is home to fellow champions in Errol Spence Jr. and Manny Pacquiao, along with elite contenders like Keith Thurman and Shawn Porter, you would think Crawford would have faced one or more of these fighters in the last four years. However, that has not been the case, because as much as Crawford may be chomping at the bit for a shot to fight, those aforementioned rival promoters are usually unwilling to make the fight fans want to see happen on a consistent basis.

That leads me to the second problem that should be addressed moving forward in the sport. Having four championship title belts in each division is becoming a detriment to the four major organizations who get their world championship bouts sanctioned by the International Boxing Hall of Fame (IBHOF). If these organizations could agree on having just one or two champions in every division, it would put the onus on promotions to collaborate with each other in getting fights between their best boxers because championship fights would be limited.

What value does being a champion in boxing truly garner when at any given time, four different boxers could technically become champions of one division? Furthermore, what does it say about the sport of boxing that even with four different champions, we still can not get the ideal fights that could potentially resurrect interest in the “sweet science” once again?