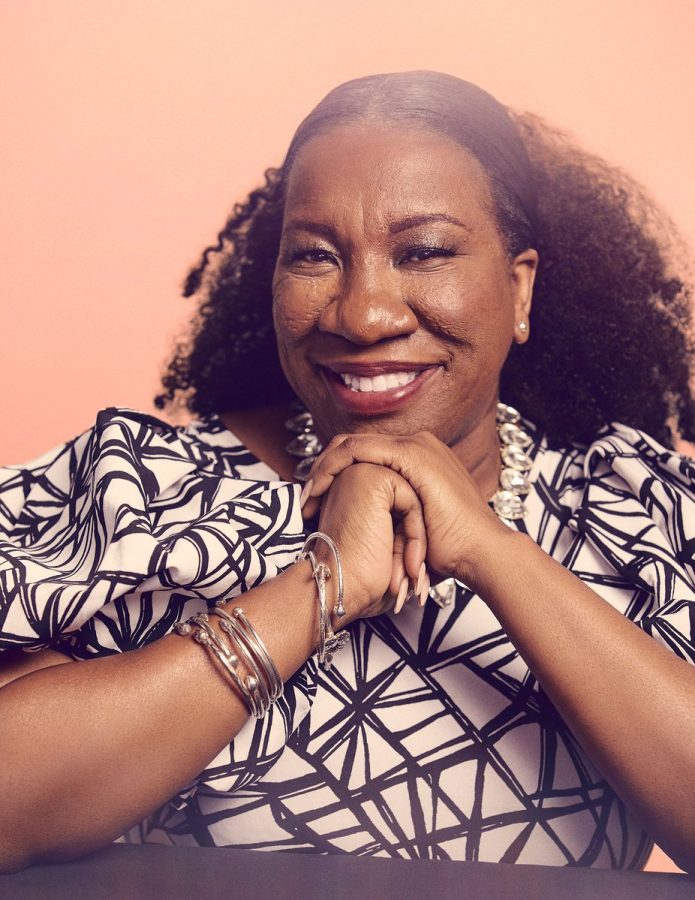 Tarana Burke is the creator of the Me Too movement, which began in 2006 as a way to empower vulnerable women through solidarity (Photo courtesy of Instagram).

Last Thursday, Nov. 12, College Democrats hosted Tarana Burke, an activist, community organizer and creator of the Me Too Movement. The organization seeks to help survivors of sexual violence, particularly young women of color from low wealth communities, find pathways for healing. The speaker event was held virtually via Zoom and moderated by Diane Detournay, a professor and scholar within the women, gender and sexuality studies department at Fordham.

“Tarana Burke’s powerful, poignant story as creator of what is now an international movement that supports survival moves, uplifts and inspires you,” said Claire McDonnell, FCRH ’21, president of College Democrats. “On stage or online like we are tonight, she provides words of empowerment that lift up marginalized voices and enables survivors across all races, genders or classes to know they are not alone.”

Although the Me Too Movement became popular in mainstream discourse following the New York Times’ investigation into sexual harassment allegations against Harvey Weinstein and actress Alyssa Milano’s use of the phrase through a hashtag on Twitter, Burke coined the phrase in 2006.

“Because of your work, there’s now a greater understanding that sexual violence is not strictly committed by individuals, it’s not exceptional or aberrational, but it is quite simply the normative condition of society,” Detournay said when introducing Burke.

In her first question, Detournay asked how Me Too, in its current form, connects to the work Burke started nearly 15 years ago. Burke spoke on her work in the early 2000s and late 1990s with Black and brown girls in the South who had survived sexual violence. Her main goal was to empower these young women and allow them to get in touch with their self-worth and personal aspirations.

She said when Me Too went viral in 2017, she saw the same thing happen on an international level. She saw people who, at their core, needed empathy, community and some degree of reciprocity.

After the hashtag had gone viral, Burke said the work started to be about giving the movement some shape and direction. She said there was always a risk that the hashtag would be thought of as a single moment, rather than a continuous systemic issue.

She also worried that the movement would always be thought of in relation to the people who caused harm and not in relation to the people who had been harmed. She referenced how people often speculate if Louis C.K. will make a comeback or where Matt Lauer vacations but hear very little about the women who accused them of misconduct. However, through the Me Too Movement organization, they have been able to wrestle with that narrative.

“I think of the people we speak about when we speak about Me Too — we never think of them as individuals,” Burke said. “We think of them as numbers, as hashtags, but there were people who sat in front of their computer, who looked at the screen with tears in their eyes, who tried to figure out how to get those words from the pit of their stomach, to the back of their mouths, and to say those words that would change the trajectory of their lives. My work for the last three years has been about what we owe to the people who said ‘Me Too.’”

The conversation then shifted to the Black Lives Matter movement, which garnered international attention again this summer following the police murder of George Floyd. Burke explained that the movement against police brutality is inextricably linked to sexual violence.

“There are very few areas of sexual violence that are not inextricably linked to other forms of social justice, and vice versa,” she said. “We are talking about police brutality, so obviously, the focus was about how we transform law enforcement in this society. Violating black women is a part of the fabric of this country.”

Burke said that her core beliefs about justice and safety are rooted in liberation. She focuses on transformation and community with its principles outside of incarceration. However, the work that she does represents a wide spectrum of people. Although she doesn’t believe in carceral feminism, the reality is, transformation is not happening at this moment on a large scale.

Burke said that citizens in the United States, particularly, have been raised to believe in crime and punishment.

“We want to move people to believe in a framework that is about harm and harm reduction, about transformation and accountability,” she said. “But the bridge between here and there is a long way. I also don’t want to make people whose only ideas of justice are through the carceral system feel small or feel invalidated.”

Burke also said that most survivors she interacts with don’t think punitively. Normally, it’s about themselves becoming whole again — and that’s the place that she tries to start.

She attempts to figure out ways to make them feel valued and seen, and offers them information about alternative forms of justice or brings them to transformation models without taking away their right to decide and right to choose.

Following Detournay’s questioning, one student asked: Can you separate the art from the artist? Can you still consume media, even if its creator has caused harm? Burke answered unequivocally, no.

“If we are really going to move the needle around ending sexual violence, it’s not just about the protest and the marching,” she said. “It’s about the culture shift. So we have to dismantle rape culture because rape culture creates the environment for violence to happen. If we can start with no dancing to the music of a person who is a rapist, I think that is a good place.”

Another asked about how to fight sexual violence on an individual level.

“There are people in your life who you have trusting relationships with — I would start with them, and try to transform their understanding of this work, and then work out from there,” she said. “Start from where you are — start with like-minded folk, and then do the harder work of bringing in people who are on the cusp, and the harder work with people who are committed to not understanding.”