Baseball Tries to Stay on Top in Tough Atlantic 10 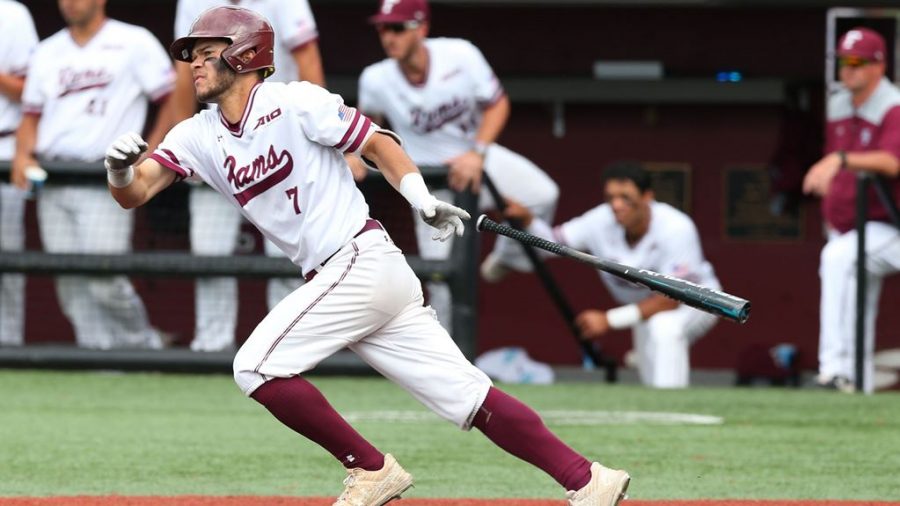 Alvin Melendez (above) is one of the key pieces to a Rams team forced to overcome the loss of some of its central contributors from past seasons. (Courtesy of Fordham Athletics)

Fordham Baseball is still the reigning champion of the Atlantic 10.

Yes, a lot has changed since the team’s historic 2019 season. Several main pieces from that team — closer Kyle Martin, starting pitchers Anthony DiMeglio and John Stankiewicz and infielder Jake MacKenzie, to name a few — have moved on to the professional ranks. Other key contributors, like catcher Justin Bardwell and relief pitcher Anthony Zimmerman, graduated after 2019. Others, like outfielders Billy Godrick and Jake Baker, won’t be back this season; Godrick is finishing his career close to his Millersville, Maryland home at Towson University.

Still, despite those losses, the Rams boast a lot of talent heading into an unprecedented season. Of the nine players to play at least 50 games in 2019, four remain with the team — senior infielder C.J. Vazquez joins senior outfielders Nick Labella and Alvin Melendez and junior outfielder Jason Coules. Three of the four were hitting over .300 when Fordham’s season was cut short last year.

“Our guys are extremely hungry to get out and compete this year,” head coach Kevin Leighton said. “I think that what last year taught us is that you never know when your last game is going to come, so you need to play each like it’s your last. I know that even in the limited time we’ve been able to have with our guys this semester, when we get the green light to play, they will be ready.”

There is, of course, the most pressing immediate matter for the team to take care of. Fordham was supposed to kick off its season last Saturday at Villanova University; that game, and the next five games, all against Sacred Heart University at Houlihan Park on the Rose Hill campus, have been removed from the schedule due to the Fordham’s pause on in-person activities and athletic events. For now, the team’s first scheduled game is a home tilt with Stony Brook University on March 3.

When the Rams do hit the field, they will have the opportunity to defend their A-10 title. The league’s preseason coaches poll picked Fordham to finish second in the league behind only Virginia Commonwealth University. The team’s returning assets are a big reason why.

Senior starting pitcher Matt Mikulski headlines a rotation that lost Stankiewicz, who signed with the Minnesota Twins as an undrafted free agent last summer. Despite having the opportunity to jump to the professional ranks, Leighton said Mikulski turned down several professional offers after going undrafted.

“Everything about his game has gone up a notch in my opinion,” Leighton said. “His velocity, command, consistency, everything. I think he’s been on a mission since last year’s draft to prove how good he is, and I can’t wait to see him pitch this spring.” A recent social media post, which showed Mikulski’s compact, left-handed delivery, says Mikulski hit 97 mph on the radar gun.

With Mikulski leading the starting rotation, the Rams will look to get their pitchers run support. The loss of MacKenzie stings, but Leighton still feels the offense can produce.

“I think we have a solid core returning offensively but losing a guy like Jake MacKenzie is tough,” he said. “That said, we definitely have some talented offensive players that can put runs on the board for us.”

In addition to the more experienced players on the team, there are some newcomers who could make an immediate impact this season. Among the team’s freshmen, Leighton cited pitchers Brooks Ey, Cameron Knox and Declan Lavelle as hurlers who showed positive signs in the fall. Among the team’s new position players, freshman infielder Trey Maeker stood out to Leighton, who said that he was very impressive.

On the field, Fordham will have a chance to win the Atlantic 10 once again. Off the field, as teams across college sports can attest, there are plenty of questions. Fordham has already lost six games to COVID-19 restrictions before getting its season off the ground. The virus will remain a presence in the country throughout the team’s season, and Leighton is under no illusions as to how difficult this season could be.

“I think this spring will bring so many challenges,” Leighton said. “From scheduling, to testing, to meals on the road, to shutdowns, this year looks to be very different than any before. I think this year will test every team’s mental toughness, adaptability and discipline. However, all that said, our guys can’t wait to get on the field again and compete, and I can’t wait to watch them.”