Champions League: One Leg Down, One More to Go 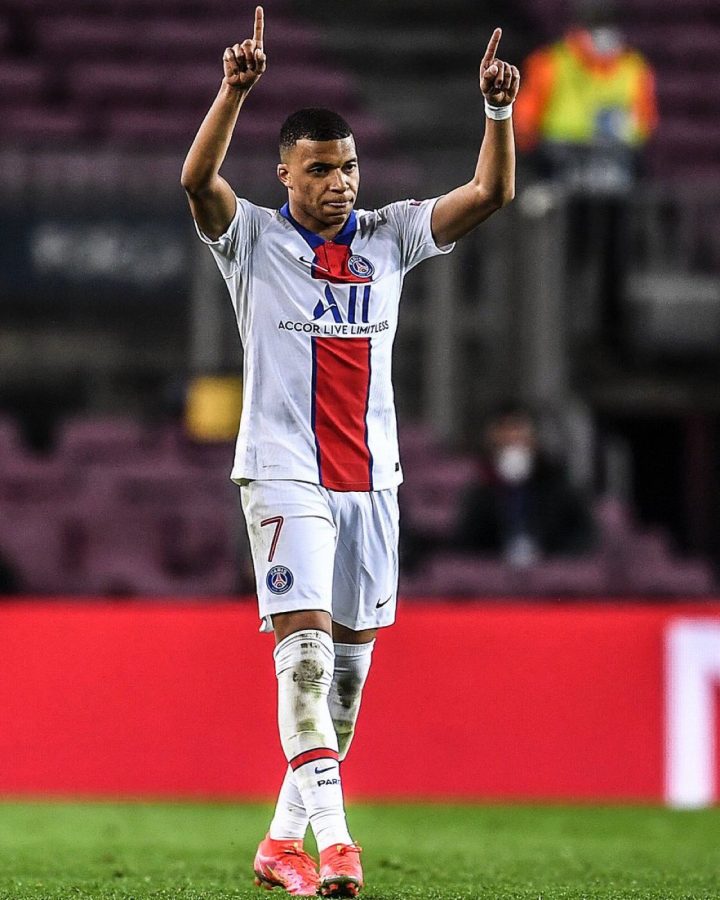 Kylian Mbappe (above) was the hero for PSG as he scored a hat trick against Barcelona in a 4-1 victory. (Courtesy of Twitter)

Over the past two weeks, the first legs of the round of 16 for the Champions League took place. With the return fixtures taking place in the next two weeks on Tuesdays and Wednesdays, I thought it would be nice to give a recap of the first leg matches.

As a reminder, the round of 16 consists of two matches. The first will be played at one stadium, with the second match at the other. In order to determine who will advance into the quarter-finals, whichever team wins on aggregate will advance. If the aggregate is even, then it will go to the team that scored the most away goals. If it is still equal, then it goes to extra time in the second match, which is an additional 30 minutes, followed by a penalty shootout if necessary.

The most notable match of the first legs was Paris Saint-Germain vs. Barcelona. Fans were on the edge of their seats at the prospect of former teammates Lionel Messi and Neymar facing each other, but Neymar picked up an injury right before the first leg and was unable to play.

Entering the match PSG was the favorite, but you can never count Barcelona out with Messi on the field. The game began as a dream for Barcelona, with Messi converting a penalty to get a 1-0 lead within 30 minutes of play.

However, that is where it turned into a nightmare.

Star attacker Kylian Mbappe equalized within a few minutes, which made it 1-1 at halftime. It went from bad to worse for Barcelona in the second half, with Mbappe scoring two more goals, completing his hat trick. Striker Moise Kean also scored for PSG, giving them a dominant 4-1 away win, which should punch their ticket into the quarterfinals.

It seems to be a trend for Barcelona to flop on the big stage, with last year’s 8-2 thrashing from Bayern Munich, the 4-0 comeback from Liverpool in 2019, and the 3-0 comeback from Roma as examples. However, the last time these teams faced each other in the Champions League, Barcelona came back from a 4-0 first-leg defeat to win the second leg 6-1 and advance on 6-5 aggregate.

The other match that day was Liverpool against RB Leipzig. Liverpool won 2-0 in a close game. Leipzig had two individual defensive mistakes and Liverpool forwards Mohammad Salah and Sadio Mane punished them. They now head into the second leg with a two-away goal advantage.

However, Liverpool’s injury list keeps growing. Still, they are expecting some players, specifically Fabhino and Diogo Jota, a defender and an attacker, respectively, to be fit to play, which should give them a boost, especially since they have given up on defending their league title.

The other two matches that week were Sevilla vs. Dortmund and Porto v Juventus. Dortmund won away with a scoreline of 3-2 with two goals from Erling Haaland.

As for Porto, they won 2-1 at home against Cristiano Ronaldo’s Juventus. However, does have an away goal, which might be the difference between Ronaldo continuing his quest for a sixth Champions League trophy or being sent home.

The second half of the first leg also had interesting games. The highlight of that week was Atletico Madrid vs. Chelsea. We knew that it was going to be a tight game with Atletico’s ultra-defensive setup against Chelsea with their attacking options. It seemed like it was going to be a tie until the 68th minute when Chelsea striker Olivier Giroud scored a beautiful bicycle kick to give them the away goal and the 1-0 win.

As for the other three matches, Bayern Munich beat Lazio with a 4-1 away win that means they should easily cruise into the quarterfinals.

Real Madrid scraped an away win against Atalanta, 1-0, even though Atalanta were down a man for 70 minutes. Defender Ferland Mendy scored Madrid’s winner in the 86th minute with a long strike outside of the box for the critical away goal.

The final match of the first leg was Manchester City against Borussia Monchengladbach, with City winning 2-0 away from home. Like Bayern and PSG, City should easily make it to the quarterfinals as well.

Here is where the away goals can be critical, since a tie on aggregate means whoever has the most away goals will advance. This puts Liverpool, Dortmund, Real Madrid and Chelsea in good positions to qualify.

As for the Juventus match, we might have to see Ronaldo pull something out to get his team into the quarterfinals. Don’t count Ronaldo out because he has performed comebacks all by himself throughout his career. All 16 teams still have a chance to advance as they try to win the Champions League.