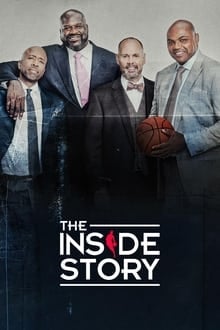 The documentary, “The Inside Story” explores the world of “Inside the NBA,” a postgame show.

It is a rare occurrence when a Thursday night studio show becomes more entertaining than watching the sport of basketball that I love so much. I tune into TNT for the pregame show before tipoff, again at each halftime, during the game break and of course, for the postgame show. I watch very little of the basketball, only the show surrounding it.

Television’s premier sports studio show, “Inside the NBA,” is explored in the latest documentary, “The Inside Story,” celebrating 30 years since the show began. It is a journey through the early days of Ernie Johnson taking the seat in Studio J to the growing cast of personalities, including Kenny Smith, Charles Barkley and Shaquille O’Neal.

The documentary is a trip down memory lane, from the most humorous moments in history to the more tragic ones that cannot be forgotten. It is an accurate reflection of the delicate balance the show has struck since Barkley’s arrival on the scene. There is an unrivaled level of unpredictability, whether it’s Barkley kissing a real donkey’s behind or Smith’s jersey being hung on a clothesline to simulate a retirement ceremony.

However, mixed into those moments of entertainment are those of tremendous sincerity as well. From Adam Silver’s decision to ban Donald Sterling for life to the 2016 presidential election, and more recently, the social justice protests that sent waves across the sports world, “Inside the NBA” has a pulse on all of these situations.

There are also moments of great strife for the personalities themselves. The documentary’s inaugural episodes, each of which focused on one of the four hosts, discussed Johnson’s difficult battle with cancer and the toll it took on him. As someone who was not yet old enough to watch the show, it was emotional seeing someone I’ve come to look up to suffering from such a serious disease.

Then there were moments of grief amid the death of Kobe Bryant, producing one of the most powerful shows cloaked by the purple aura of an empty Staples Center, or the celebration of the legacy of one of sport’s most enigmatic sideline reporters, Craig Sager.

These are just a handful of the standouts from decades of sincerity that have made “Inside the NBA” what it is and what other studio shows continuously try, but fail to replicate. There is a special chemistry in the show, both in its content as well as its personalities.

Each host serves a distinct role and is aware of it. Johnson is the floor general, the one allowed at production meetings and steers the show in the right direction. Then there is Smith, the role player, setting up jokes for his counterparts similar to the way he played the game himself.

Barkley is the entertainer, stretching “Inside the NBA” beyond the basketball boundaries, and O’Neal is the little brother who elevates things to another level. Each went through their hurdles in adapting — O’Neal’s faux antics and Barkley teetering the line of being offensive in his viewpoints are just two examples — and the decision to add elements to an already successful show always came with risk, but it worked out in the end to create the ideal crew that exists today. Each person is as essential to the show’s success as the others sitting next to them.

The crew extends beyond the hosts to those behind the cameras. A key element of the documentary is shedding light on these unknown faces who are perhaps the most pivotal part of the show’s success. An idea from a stagehand may end up in the live broadcast as playback operators call up a clip from the archives in a matter of mere moments.

The photoshopped graphics and live tweets from fans are the special elements that only “Inside the NBA” has and only the crew can provide. They are one of the reasons the show has won eleven Emmy Awards, has been inducted into the Sports Broadcasting Hall of Fame and why thirty years in the making, the show is stronger than ever.

This is only a surface-level conversation of just how impactful “Inside the NBA” has been. I say that both as a fan myself, but also, in listening to the likes of Michael Wilbon, Magic Jonhson and Dan Patrick — all icons in their own right — who echo that sentiment themselves.

“The Inside Story” beautifully portrays that impact and everything that went into creating the greatest sports television show. Here’s to 30 more years to come.