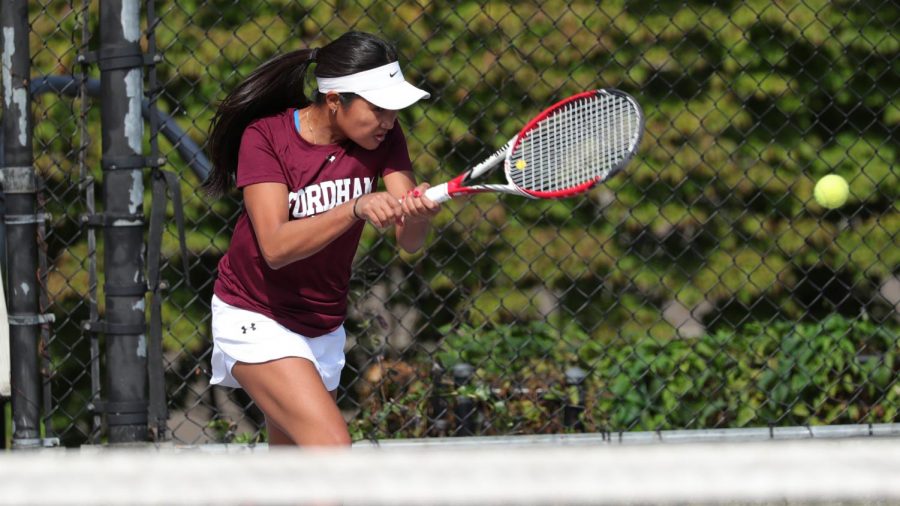 On Saturday, the Fordham women’s tennis team continued its season away at Stony Brook University. The team was supposed to play Temple University on Friday at the Hawthorn/Rooney Courts, but the match was canceled. Another scheduled matchup against George Washington was canceled as well. Unfortunately, the Rams lost 6-1 to Stony Brook.

Even before the match started, Fordham was already at a disadvantage. The team was only able to put in five players for the matches, one short of the standard lineup of six players. This has been a recurring problem for the team.

As a result, Fordham lost the doubles point despite splitting the two double matches they played. After that, the Rams could only win one of the single matches, with senior Ariana Taluyenko being the lone victor. She won her match in three sets. She won the first set 6-4, losing the second set in a tiebreaker 7-6, and winning the third set 6-3.

With this loss, the Rams now have a 5-3 record. Their final regular-season match will be this Saturday against Army West Point at home on the Hawthorn/Rooney courts. With the Atlantic 10 championships around the corner, where they entered seventh the last time it happened in 2019, the team will hope to finish their regular season on a high.