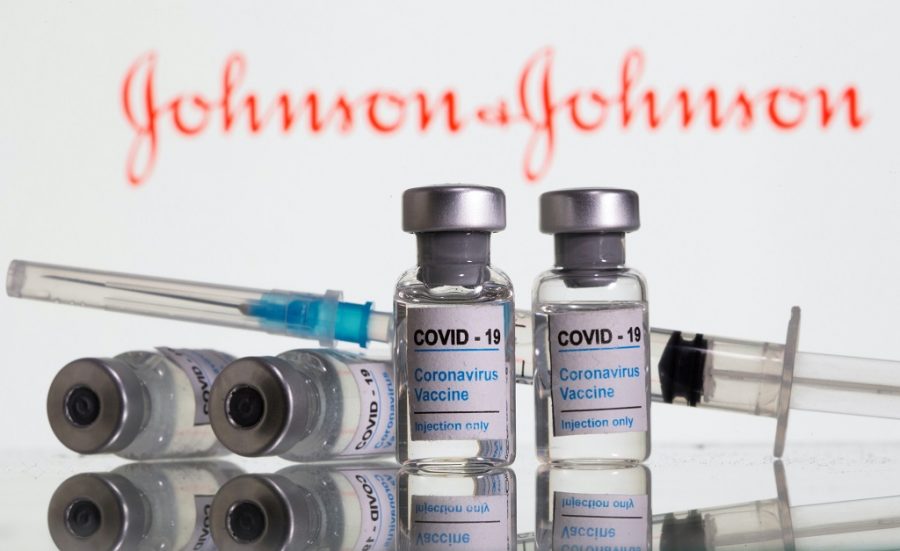 Many countries have stopped distributing certain vaccines, such as the AstraZeneca vaccine in the U.K. and the Johnson & Johnson vaccine in the United States, due to rare cases of blood clots. (Courtesy of Twitter)

The rollout of the coronavirus vaccine has advanced significantly over the past few months. Despite countries’ attempts to make sure their citizens are vaccinated, many people will still not get the vaccine. Many countries have stopped distributing certain vaccines, such as the AstraZeneca vaccine in the U.K. and the Johnson & Johnson vaccine in the United States, due to rare cases of blood clots. These rare cases and the regulation of the vaccine merely provide a scapegoat for people who, for whatever reason, do not want the vaccine.

Vaccines have been a highly debated topic for quite some time, especially in the United States. The term “anti-vaxxer” has become popular in recent years, referring to a person who will not take a vaccine due to personal beliefs.

“Anti-vaxxers” only represent a small percentage of the population. Nonetheless, this idea has existed for decades and is noted to have started in the early 1800s, when some people cited religion and health concerns as reasons to reject vaccines. While “anti-vaxxers” have a variety of reasons for why they disagree with vaccines, they are usually debunked.

Recently, the United Kingdom has stopped the usage of the AstraZeneca COVID-19 vaccine, causing many people to worry and form strong opinions against the vaccine similar to “anti-vaxxers.”

On April 7, British authorities recommended that the AstraZeneca vaccine may not be suitable for adults under 30. The European Medicines Agency (EMA) discussed the “possible link” of blood clots to those under 30 who received the vaccine. The EMA let their 27 member states determine if they wanted to continue the use of the vaccine.

However, many seemingly forgot these advantages after blood clots were found in people who received the vaccine.

Similarly, on April 13, the Food and Drug Administration (FDA) in the United States announced a pause in the distribution of the Johnson & Johnson COVID-19 vaccine. Out of the 6.8 million doses of the one-shot vaccine given to Americans, there were only six reported cases of rare blood clots.
All six cases were in women from ages 18 to 48 and all required medical treatment. As a matter of caution, the FDA announced a pause on the vaccine in the United States although the group affected only represents a very small minority of people vaccinated.

When news broke of the blood clots in the United States, there were a variety of reactions from Americans. A popular comparison was made to blood clots women can get while on hormonal birth control. Combined hormonal contraceptives contain estrogen and progestin, which can pose a risk of blood clots.

For women on birth control, blood clots are very rare but still can occur. Dr. Melanie Davies is a gynecologist in London who commented on the comparison of birth control blood clots to the effects of the AstraZeneca vaccine. “For 10,000 women over a year, one to five will have a blood clot anyway, and on the [pill] that rises to three to nine, so it is still less than one in 1,000 chance,” she said.
While this is a rare occurrence, the blood clots due to birth control pills require special treatment, as they are uniquely similar to the blood clots from COVID-19 vaccines.

The comparison has become widespread on social media, with the intent to inform others on how many medical treatments can pose a risk. However, medical risks cannot be compared. Medically, different things affect people disproportionately, depending on factors such as gender or race, as seen in birth control.

In light of the Johnson & Johnson news, people began to share their experiences with the other two popular vaccines in the United States: Pfizer and Moderna. Symptoms like body aches, fever, chills and more can be common after receiving the second dose of the Pfizer or Moderna shot.
Dr. Robert Wachter, the chief of medicine at UCSF, notes that symptoms mean that the vaccine is doing its job. He spoke to Luz Pena of ABC7 on the symptoms saying, “the way I think about them is it is a sign that it’s working … The side effects are a sign that your body is producing its immune response.”

Regardless of potential symptoms, the vaccines have been proven to be effective. Data that the CDC released on March 29 showed that in real-world conditions, as tested in first responders and frontline workers, the vaccines were 90% effective in preventing contraction of COVID-19.
The vaccine represents a light at the end of a tunnel for many people. By solely choosing to focus on the disadvantages and rare cases of blood clots and deciding to not take the vaccine, it will only prolong an already year-old pandemic. Choosing to not receive the vaccine not only puts a person’s health at risk, making them highly vulnerable to a deadly virus, but it also affects everyone around them.

Ally Dugan, FCRH ’23, is a communications and culture major from West Chester, Penn.