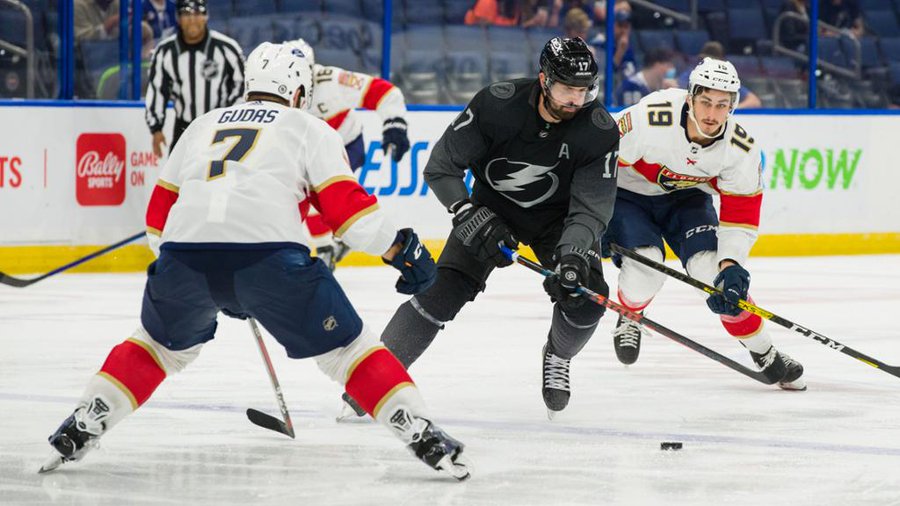 If the current results stood, the Lightning and Panthers would face off for a heavyweight first round bout. (Courtesy of Twitter)

As we enter the final stretch of the season, we’ll be looking at each division’s playoff picture. We’re going to start with the West and Central divisions, both of which have clear playoff pictures at the top and a race for the fourth spot at the bottom.

Out west, two of the top teams in the league are jockeying for the top spot in the division. The Colorado Avalanche and Vegas Golden Knights both have over 30 wins and are tied at 64 points. Colorado will remain at 64 for a little while as they head into their second COVID-19 pause of the season. The Avalanche lead the league with a goal differential of +53 and have points in 19 of their last 20 games. They have dazzled all year long and look to continue their dominance in the late stages of the season. The Avs and Knights play each other twice next week in Vegas as of now, but if COVID-19 interferes, that will be postponed.

As for the fourth spot in the division, the Arizona Coyotes and St. Louis Blues are separated by just one point. Arizona has the edge, but the Blues have two games in hand. Neither team made any trades at the deadline, despite having players other teams were interested in. Whichever team makes the playoffs will most likely get hammered by either Colorado or Vegas, but anything can happen and making the tournament alone is an accomplishment in itself. The three California teams are most likely out. San Jose can make a run, but it seems unlikely after they traded goalie Devin Dubnyk to Colorado.

Moving over to the Central Division, three teams are vying for the top spot in the division. Because of this, there will be a matchup between two heavyweights in the first round. Right now, that matchup would be the Tampa Bay Lightning and Florida Panthers, with the Carolina Hurricanes slotted in the top spot. Carolina has 62 points, one more than Florida and two more than Tampa. They also have a game in hand on the Panthers and two on Tampa.

Their current matchup would be against the Nashville Predators, who went on a run right before the deadline that convinced general manager David Poile not to trade away Filip Forsberg and Mattias Ekholm. They stand one point above a surprising Chicago Blackhawks team, who has faltered as of late but remains strong and proves to be great competition for the Predators. The Central is in rare air by having three teams vying for the final spot given the Dallas Stars’ recent surge. Despite Alexander Radulov and Ben Bishop being sidelined for the season, the Stars have recovered from their slow start to the season and look to sneak into the tournament. That is the worst-case scenario for whoever locks down the number one spot, as we saw back in the bubble how a hot Dallas team can beat any Western Conference team.

The bottom of these two divisions will provide great drama coming down the stretch. With under 15 games to go, Dallas, Nashville, Chicago, Arizona and St. Louis will all fight for the final spots in their respective divisions.

Personally, I see Colorado nabbing the top spot in the Central and facing St. Louis in the first round. St. Louis has the better goaltending and the championship pedigree that Arizona lacks. That would leave Vegas and the Minnesota Wild in a fantastic first-round matchup. As for the Central, I see Tampa grabbing the top spot. They are clearly the most talented team in the NHL, and they should take the division crown. I see them facing Dallas in the first round in an epic Stanley Cup Final rematch. Dallas has gotten hot of late, and I just don’t believe in Nashville or Chicago.