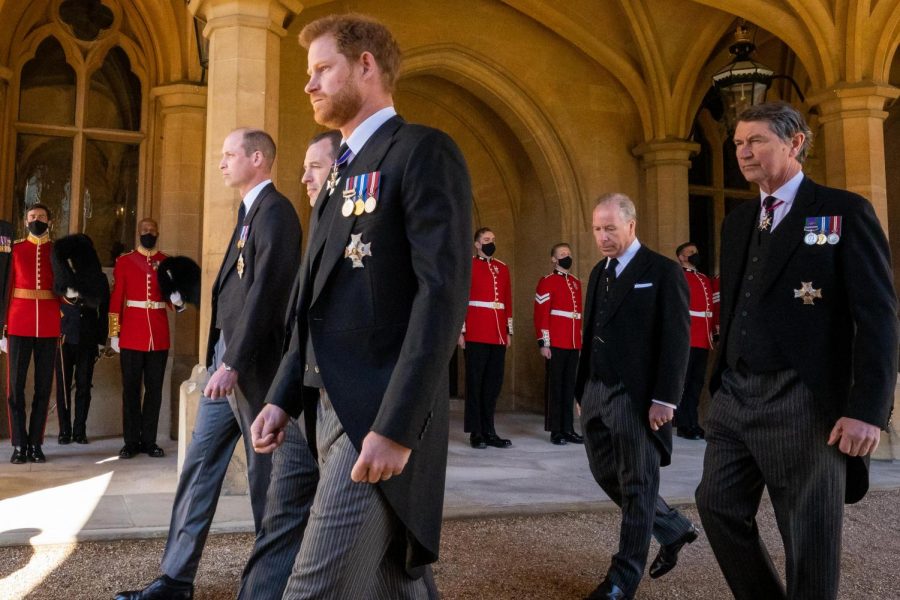 Families need time to properly mourn, and the royal family is no exception.

In the wake of Prince Philip’s passing, the media’s attention has not centered on the beloved royal family’s mourning but rather on the strained relationship between Prince William and Prince Harry.

Though light has recently been shed on the malfunctions within the family, the two brothers’ disagreements should not be the focal point of this death. There is both a correct time and a place for attention to be put on this drama, and a funeral is certainly neither. The media should not highlight any of the brothers’ interactions. Instead, Prince Philip’s life should be celebrated. His accomplishments and companionship with the queen should encompass headlines.

Under normal circumstances, families have the opportunity to mourn the loss of a patriarchal figure in privacy. Unfortunately, the royal family did not have the chance to mourn Prince Philip without mass amounts of attention and jeering jokes. People on social media have taunted the family about Prince Philip and Queen Elizabeth’s relationship as third cousins and marital partners. This is not news. Even though the incestuous acts are perplexing, to say the least, they should not repeatedly be brought to the public’s attention after his death. Everyone seems to be content with mocking Prince Philip in the wake of his death, and it is not appropriate.

Families need time to mourn properly, and the royal family is no exception.

Prince William and Prince Harry might have had a falling out, but they decided to set aside their qualms with each other for their family. Prince William and Prince Harry’s first public encounter would likely have scorched headlines regardless of the situation. The interview’s timing was also less than ideal. If Prince Philip had not passed away, William and Harry could have resolved their issues with time, and the headlines may have been very different. Instead of assessing how each sibling set aside their differences, headlines should have focused on Queen Elizabeth and how the family as a whole is mourning Prince Philip’s death.

Humanity is often extended to many celebrities in their time of need, and the royals deserve nothing less.

The princes are being observed so closely because the public eye has no idea when the two will be seen together again. It is not every day that the whole royal family is together, despite the unfortunate circumstance. All people want to see is a show filled with drama. Shaking hands and somber hugs — or lack thereof — help people envision the hidden secrets they believe exist behind the royal family’s facade.

There are malfunctions and strained relationships in every family, but they are not usually broadcast across dozens of channels. Although families across the globe are interested in the royal family’s recent reconnections, many sit eager waiting for drama to be unleashed.