The USMNT’s Quest for Qatar 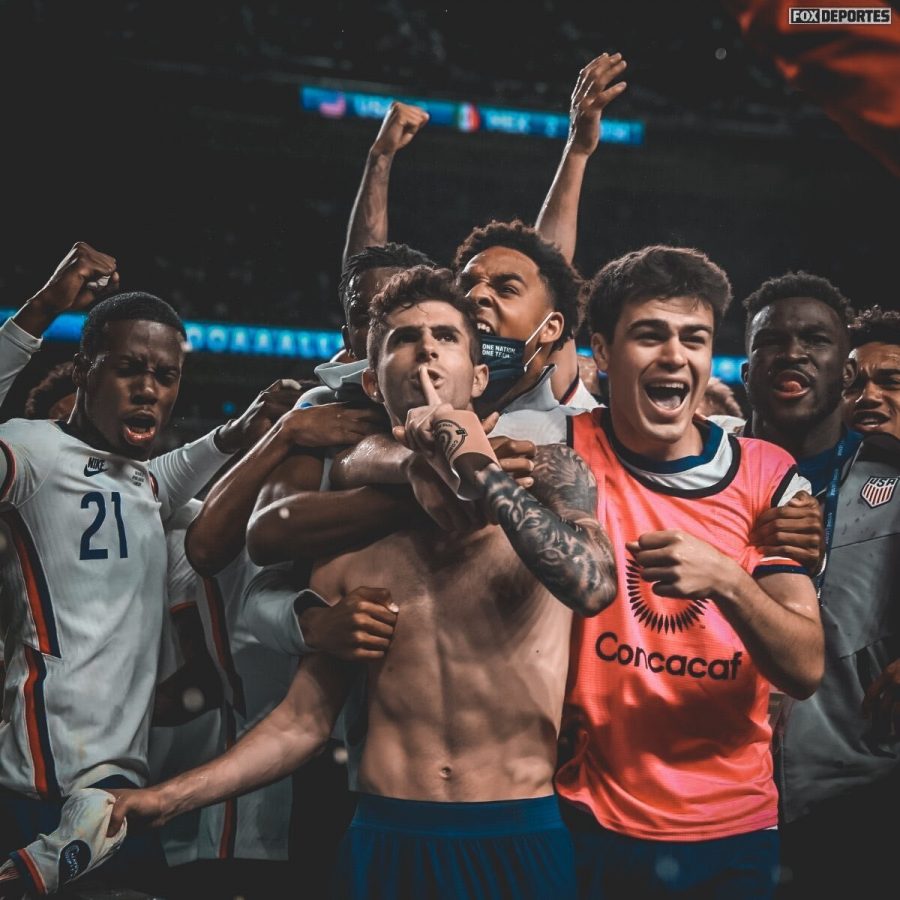 The USMNT is poised for World Cup qualifying success after a solid start and talent returning to the pitch. (Courtesy of Twitter)

Almost four years ago, on a wet pitch in Trinidad and Tobago, the United States Men’s National Team failed to qualify for the 2018 FIFA World Cup in Russia. Since that night, the USMNT has rebounded under new manager Gregg Berhalter. A flock of young, talented players like Christian Pulisic, Gio Reyna, Weston McKennie, Sergiño Dest and Tyler Adams lead the way, applying their trade from some of Europe’s biggest clubs. This renaissance of fresh talent was on full display this past summer, when the Stars and Stripes won both the  Confederation of North Central America and Caribbean Association Football (CONCACAF)  Nations League and the CONCACAF Gold Cup, beating Mexico in the final of both tournaments.

With all the momentum coming from a successful summer, the USMNT looked poised to start their 2022 World Cup Qualifying campaign in a strong manner earlier this month. In CONCACAF, qualification for the World Cup consists of one, eight team “octagonal,” with each team playing one another home and away. Every team plays a total of 14 matches, with the top three finishers qualifying for the World Cup, and the fourth place finisher qualifying for an intercontinental playoff. A new wrinkle to this qualifying cycle is the three game window, meaning each team will play three games in six days, as opposed to the usual two. This makes squad depth and rotation extremely important to avoid injury and fatigue.

The US’s 14 match odyssey began with a 0-0 draw on the road to El Salvador on Sept. 2. Despite the massive gulf in talent between these two teams, a tie on the road in CONCACAF is not considered to be a bad result. Historically, hostile atmospheres, poor field conditions and police escorts have all contributed to a lack of USMNT success in Central America .

But, if you draw on the road, you have to win your games at home. Three days later, the USMNT looked to get a win on the board against Canada in Nashville. Despite a raucous crowd of over 40,000 at Nissan Stadium, the USMNT and Canada played to a disappointing 1-1 draw, with the US’s only goal coming courtesy of Brendan Aaronson. The US struggled to create chances all night, mustering just two shots on target despite having 72% of the possession.

With two points on the board after two games, the USMNT headed to San Pedro Sula, Honduras for the final game of the September window in desperate need of a win. After trailing 1-0 at halftime, the US exploded with four second half goals to defeat Honduras 4-1. Despite being without Reyna (injury), McKennie (suspension), Dest (injury) and Pulisic (subbed off due to injury in the second half), the US showed just the kind of resilience that is needed to qualify for a World Cup.

So, even with all the drama and panic after the first two games, the USMNT currently sit in third place with five points through one round of qualifying. Although the performances have not been entirely convincing, the team is still in a very good position for qualification. Had they not beaten Honduras, the narrative about this window would be entirely different. But, five points from two road games and one home game is a pace that will get you to the World Cup.

In October, the USMNT will first host Jamaica in Austin, followed by a trip to Panama. The window will be capped off with a battle against Costa Rica in Columbus, Ohio. Considering the two home games in this window, anything less than seven points should be considered disappointing. This young group of players now knows what it takes to win in CONCACAF and should enter the October window with a point to prove.