Led by Julius Randle and surging young talent such as RJ Barrett, the New York Knicks earned a comeback win against the Wizards to set the stage for the grit, effort, and perhaps success, fans can expect in the regular season. 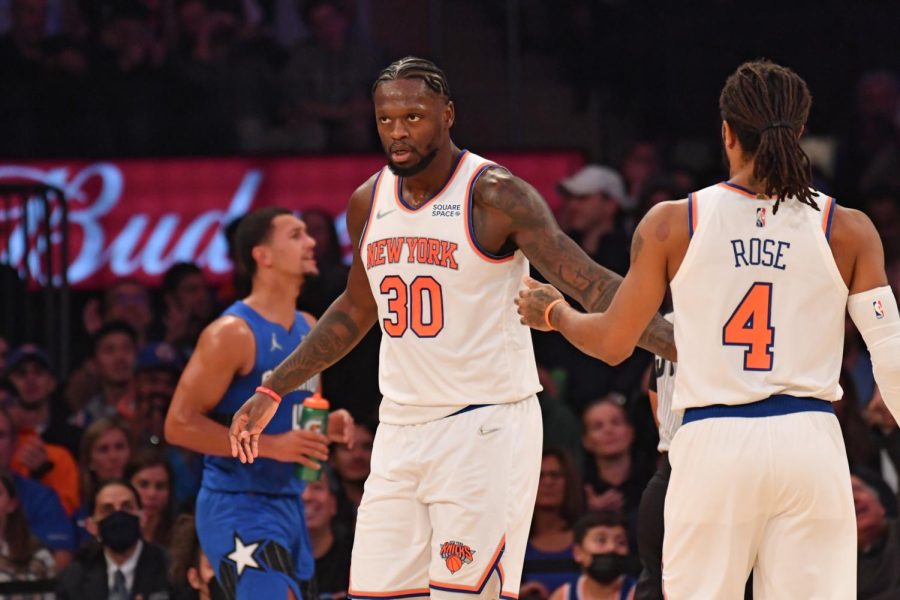 Randle looks to build on an All-NBA, All-Star season to lead the Knicks to even greater heights. (Courtesy of Twitter)

Hard work, grit and defense. These are all terms used to describe the 2020–2021 New York Knicks and their spectacular breakout season. Although the season was capped off by an underwhelming performance in the playoffs as they fell 4–1 to the Atlanta Hawks, Knicks fans should feel excited about the evident culture shift the franchise has taken in just one season. Just a year ago, the Knicks were seen as a laughing stock of an organization, unable to attract marquee free agents, with question marks on most of their roster.

Now, they proved they are a destination for some of the league’s top free agents. Four-time all-star Kemba Walker and Evan Fournier are prime examples. They also have an All-NBA/All-Star in Julius Randle, as well as rising star, RJ Barrett, who just seems to keep getting better.

The Knicks capped off the preseason undefeated with a 4–0 record after defeating the Washington Wizards 115–113. They trailed by almost 20 for most of the game before storming back late in the fourth quarter with contributions from their top guns Randle and Barrett, as well as 2020-2021 six man of the year candidate Derrick Rose and rookie Quentin Grimes.

With just seconds left on the clock and the game tied at 113 a piece, the ball was placed in none other than Julius Randle’s hands. Unlike many times last season, Randle knocked down the 18-footer leaving no time on the clock for a game winning buzzer-beater. Not only did this prove that the Knicks should never be counted out, but that Randle can deliver when it matters most, even if it is only the preseason.

With that being said, third year player RJ Barrett is also a budding star after averaging 17.6 points per game on 44% shooting from the field and 40% from three in his second season, improving greatly from his underwhelming rookie year. While shooting over 50% from three point range during this preseason, it is clear Barrett will keep improving. Coach Tom Thibodeau sung his praises earlier in the week stating, “he averaged almost 18 points a game on a playoff team. So it wasn’t a guy on a bad team getting empty stats. They were meaningful, he contributed to winning”

Without a doubt, the biggest issue with the 2020-2021 Knicks was their lack of offensive weapons to take pressure off Randle, lack of shooters and not enough depth off the bench. After the additions of dynamic scoring threats, Walker and Fournier, and a slew of young talent in Obi Toppin, Immanuel Quickley, Grimes and a fully healthy Mitchell Robinson, this roster has rounded itself out, taking care of the flaws from last season. Randle and Barrett will finally have offensive playmaking help next to them in the starting lineup, in addition to a deep bench led by Derrick Rose, filled with knockdown shooters along with the athletic second year power forward, Toppin.

All in all, if the Knicks comeback win against the Wizards, as well as the Julius Randle game winner is any indication on how the regular season will play out, Knick fans should be prepared to have their most exciting season in years.