Ryan Weitman looks back at the best week seven performances and one of the worst, finally diving into the Chiefs' recently struggles and breaks down the players he likes most and who he is holding off on at the waiver wire in another installment of the fantasy football recap. 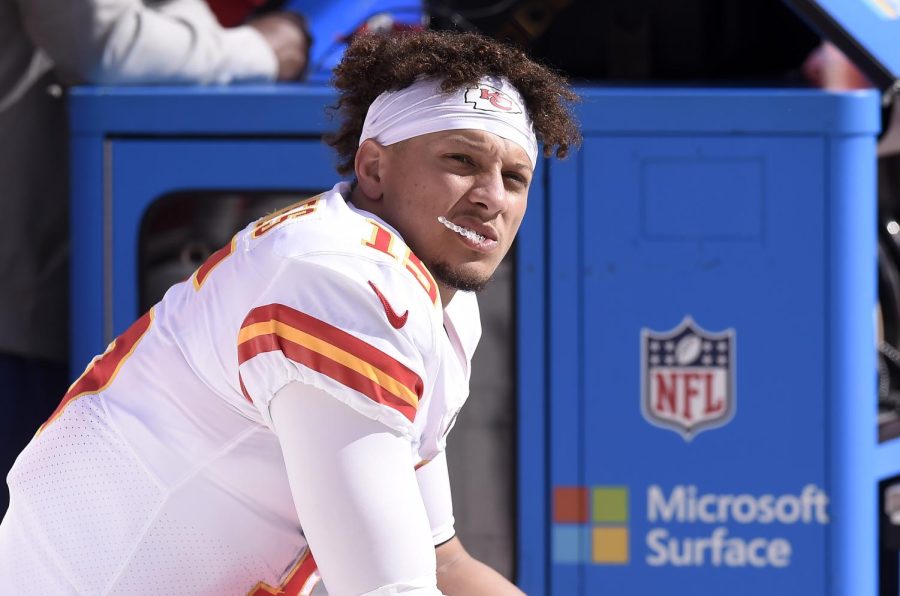 Mahomes and the Chiefs have underperformed this season, giving little reason to believe things will suddenly improve. (Courtesy of Twitter).

Week seven was probably one of the highest scoring weeks of the season, with several near shutouts throughout the league. The New England Patriots obliterated the New York Jets 54–13 and the New York Giants beat the Carolina Panthers 25–3 in a game that was so one-sided, Sam Darnold was eventually benched — much to my chagrin having started him in the most brutal bye week of the season. Here are some of the week’s best performances:

While not putting up the most points overall, the Cincinnati Bengals’ Ja’Marr Chase delivered the best wide receiver performance of the season. He broke away from the seemingly nonexistent Baltimore secondary for an 82-yard touchdown on one occasion, coming away with 210 receiving yards in total. This performance definitely puts him in the running for Rookie of the Year.

Once again, the Los Angeles Rams’ Cooper Kupp led the way on the fantasy front for wide receivers with 156 receiving yards, ten receptions and two touchdowns. Mike Evans’ performance against the Chicago Bears follows that, as he totaled 76 receiving yards, six receptions and three touchdowns. This year has been dominated by stellar wide receiver performances, taking precedence ahead of the run game — except for Derrick Henry, who managed to earn a passing touchdown this week.

After another spectacularly terrible performance, it’s finally time to analyze the Kansas City Chiefs’ recent downfall. The three players whom many considered to be steady draft picks — Patrick Mahomes, Tyreek Hill and Travis Kelce — have had less than stellar showings in the past three weeks. This week’s loss to the Tennessee Titans, in which Mahomes did not throw a single touchdown, signaled to many that the Chiefs should not be considered the same reliable offense that they have been over the past two years. While it is a bit much to claim that the Chiefs are becoming one of the league’s worst teams, their already shaky defense is not doing much to hold back doubt. For now, Mahomes, Hill and Kelce are all must-starts, but the Chiefs’ performance overall is something that definitely needs to be watched as the season progresses.

While Alie-Cox might not top most people’s lists as a must-start tight end, his performance over the last two weeks has been decent. In what has proved to be a terrible year for reliable tight ends as a whole, I would definitely consider adding him to your lineup. However, his performances are very touchdown-dependent, so keep that in mind when considering your very limited options.

Lazard is probably going to get a lot of attention on the waiver wire this week after putting up double digits for the second week in a row. While I am no stranger to taking risks when it comes to the waiver wire, I would definitely look elsewhere before turning to him. He has been getting a decent amount of targets but is still heavily touchdown dependent. If you are really worried about losing him, he should be a stowaway pickup at best.

Much like Lazard, Gainwell will surely get waiver wire attention this week for breaking double digits. However, he is incredibly inconsistent and touchdown dependent, making it impossible to know when it is best to start him. Frankly, I would not touch this guy with a 10-foot pole, something that I, unfortunately, had to learn the hard way.

In a bit of a change of pace, Kenyan Drake is worthy of the attention he will undoubtedly receive this week. Two above-average performances in a row, combined with the fact that Josh Jacobs is somehow injured again, make him a must-add for anyone looking for a decent player to start in the flex spot.

This week was absolutely terrible for my fantasy teams — I did not win a single game. Thankfully, I will not have any bye weeks like this one for the rest of the year. I am most looking forward to the Bills versus Dolphins game this week. Virtually anyone who is playing on the Bills this week is guaranteed to put up double digits, making them a must-start in my opinion.