The Joker Among Us 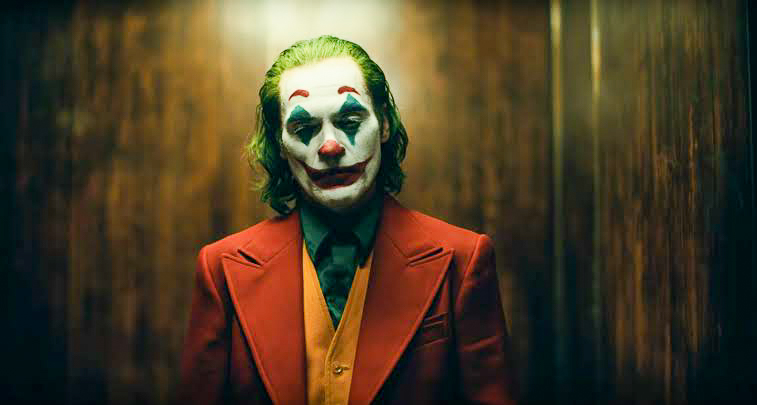 Joker, a 2019 origin story of Batman’s archnemesis, can speak volumes to the lack of understanding and appreciation of traumatic brain injury (TBI). (Courtesy of Twitter)

Coming to grips with the reality of a “broken” brain can be tough. Frontal lobe damage is the more common, mainstream representation of brain injury. The affliction is primarily characterized by a lack of impulse control. I know because I have experienced it. The ability to contain anxiety and anger severely decreases, turning most social situations into do or dare moments.

Each decision needs to be perfectly tailored to avoid reactionary moments. The reality of this, of course, is that there will be moments of failure. Failure yields social and sometimes legal repercussions..

“Joker,” a 2019 origin story of Batman’s archnemesis, can speak volumes to the lack of understanding and appreciation of traumatic brain injury (TBI). Joker, also known as Arthur Fleck, suffers from many symptoms commonly associated with brain injury. In the film, it is noted that he was beaten over the head by his mother’s boyfriend, a likely cause of TBI.

Arthur’s manifestations of TBI occur somewhat as “Jekyll-and-Hyde” transformations. Arthur can resemble his prior self, but as Joker, he embraces a post-injury persona. Families of those with TBI tend to characterize the injury as a changing of personality. This drastic change can sometimes frighten families, resulting in survivors being dismissed by their loved ones. With Arthur, this appears to be the case. His mother, Penny, suffers from an unspecified mental illness akin to schizophrenia. Arthur resents his mother for not only her lack of compassion and understanding but the burden she creates for Arthur as her caretaker.

Arthur tries to carry on with life, working as a performing clown. His act symbolizes the stigma survivors, especially mild TBI survivors, often face. They are a relatively large group often dismissed by loved ones and caretakers with the idea that there is no more to be done for survivors. Joker himself even says, “Nobody thinks what it’s like to be the other guy.” Traumatic brain injuries are minimized or disregarded, sometimes to avoid ostracization and other times because of a lack of knowledge.

Ignoring such an extensive group of individuals with poor cognitive abilities lends itself to serious consequences. Incarceration numbers display a correlation linking brain injury and crime. Between 50-80% of the U.S. incarcerated population have suffered from a brain injury. That is in severe contrast to the less than 5% of survivors in the general population.

Since TBI can go undetected by many medical scans, it is generally not granted the same respect as other disabilities. This is perfectly illustrated by Arthur’s visits with his social worker. Their initial meeting is her dismissal of his case to another social worker, one who has never met him. This scene is not far from reality. Cyclic on-and-off treatment requiring neurological, surgical and rehabilitative treatment is typical for those with brain injuries, especially within a lower socioeconomic status. Hefty costs to meet with a specialist in New York can deter patients from lower socioeconomic statuses from receiving the treatment they need.

On the job, Arthur is beaten and mugged, but he believes that it’s meant to be this way. Arthur begins to reason that his problem is the neglect of his true self. When his alter-ego begins to manifest, he turns impulsive and reckless, purchasing a pistol from one of his co-workers. Frontal lobe damage can result in drastic behavior and personality changes,  affecting a variety of functions from reasoning, judgment, regulation of mood and emotion and management of social behavior. It can also lead the survivor toward aggression and violence.

“The worst part of having a mental illness is people expect you to behave as if you don’t,” Arthur writes in his notebook.

After being fired, Arthur takes the train home. While on the train, three interns from Wayne Enterprise belittle and assault him. Arthur pulls out his gun, shooting two, while the other attempts to escape. Arthur spots him and shoots him multiple times in the back. Arthur knows he committed cold-blooded murder, but fails to experience and comprehend the associated sensations, so he flees to a nearby bathroom and locks the door.

As the movie progresses, Arthur begins to reach peak TBI interference. Two coworkers come to his apartment to discuss the murders on the subway. Hoyt, the man who gave Arthur the gun, tells him not to drag him into this, as the police are investigating. Arthur casually agrees, then immediately stabs Hoyt in the head. He continues to slam Hoyt’s head into the wall, displaying his fervent aggression. Hoyt is left dead in a stew of blood, while his companion scurries for the door.

“What do you get when you cross a mentally-ill loner with a society that abandons him and treats him like trash?” asks Joker.

TBI presses on more rage than one could imagine. Back in 2013, while recovering at a TBI rehabilitation center, I witnessed a patient go into a fury where he began to repeatedly punch and stomp on another’s face. This mercilessness and determination toward violence can easily be compared to Arthur’s murdering of Hoyt.

Another man with severe cognitive impairments and moderate aphasia befriended me while in recovery. He had a beautiful fiancé who prayed desperately for his improvement, which most believed was fruitless. I never witnessed his aggression, but of course, brain injury can change over time. My friend eventually left and went back to live with his fiancé. Now, he resides in a prison upstate for her murder.

Brain injury can lead to an aggressive and impulsive path, similar to that depicted in comic-book villains like Joker. This can explain why there is such a heavy stigma around behaviors associated with TBI. America may continue to ignore the symptoms, but this silent pandemic has never been more obvious. The disparities in treatment for TBI survivors are clear. It’s time for Americans to acknowledge the Arthur Flecks among us.

Brian Pfail, FCLC ’22, is a communications major from Ronkonkoma, N.Y.