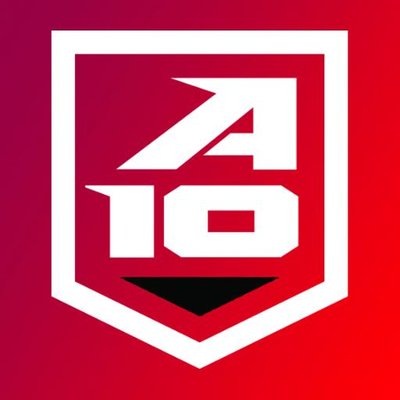 The Atlantic 10 conference is full of power. (courtesy of Twitter)

Since its formation in 1976, the Atlantic 10 conference has gained a reputation as one of the best non-power five conferences in Men’s college hoops. The conference has been producing exceptional talent that have become overseas legends, conference player of the year winners, Wooden/Naismith award winners and NBA draft picks such as Marcus Camby, Jameer Nelson and Obi Toppin.

In the current state of college basketball, the A-10 is once again primed to send multiple teams to the NCAA tournament. The crème de la crème are loaded and all have stifling talent littered on their rosters. I’m here to break it down.

Here are the A-10 teams you should keep an eye out for come March.

The Davidson Wildcats are The House that Curry Built.

Though not thought to be a true contender at the start of the year, the Davidson Wildcats have shocked the league (and the country) with a 16-2 record and a 15 game win streak.

Head coach Bob McKillop doesn’t have Steph Curry or Jack Gibbs, but he possesses a new star in Hyunjung Lee. Following his All-Rookie selection in 2019-20 and a solid sophomore campaign, Lee has reached new heights this season and has emerged in the A-10 player of the year race.

The South Korean native currently averages 16.8 PPG, which is third in the A-10 behind George Mason’s Josh Oduro and Tyler Burton who lead all A-10 scorers with 17.1 PPG. To go along with Lee’s scoring prowess, the Wildcats depend on junior Foster Loyer (15.9 PPG), senior forward Luka Brajkovic (13.5 PPG and 7.2 RPG) and junior Michael Jones (13.3 PPG) to lead the charge on offense. Davidson currently ranks eighth in the nation in offensive rating.

McKillop also commands an elite defense, with opponents scoring 66.5 PPG against the Wildcats. That is good enough for the fourth best in the Atlantic 10. The length of his team and  discipline on defense is what drives the Wildcats to being one of the best mid-major teams in the country. Combine that with Davidson being a top five defensive rebounding team, and the Wildcats have enough to control that end of the court and hold opponents at bay.

High-powered offense meets a very good defense, something the Wildcats have perfected over McKillop’s tenure. There is no doubt come March, the Wildcats are in serious play for not just an NCAA tournament bid, but a legit threat for the Atlantic 10 title, which would be McKillop’s second with Davidson since the program joined the conference back in 2014.

The Dayton Flyers are Young, Talented and Tough.

Head coach Anthony Grant has built the Dayton Flyers into a perennial mid-major machine following the departure of program legend Archie Miller. Grant has continued his great recruiting following the departure of Obi Toppin, Jalen Crutcher and Ibi Watson, with a ferocious new group to lead the Flyers to the promise land over the next four seasons.

Grant has a total of two sophomores, one junior and one senior with the rest of his unit being freshmen.  They aren’t just freshmen, but they are elite freshmen.

DaRon Holmes II is certainly in the running for A-10 rookie of the year. He was the 54th ranked recruit in the nation by 247sports.com, which made him the highest rated recruit ever to sign with Dayton.

His strength is being able to pound the paint as a forward, while also being swift enough to hold it down on the perimeter. Though his counting numbers don’t stand out, Holmes has the tools to not only be an All-Atlantic 10 player one day, but perhaps player of the year and beyond.

Malachi Smith hails from right here in the Bronx, having attended St. Raymond’s High School for Boys, carrying on the great tradition of St. Raymond’s basketball. It’s worth noting that Smith was a hot commodity, as he had offers from Seton Hall, Rutgers, Oklahoma State and Georgetown, but elected to attend Dayton.

His speed is what makes Smith such a menace on the court. He plays with one of the most fiery motors I have ever seen from an Atlantic 10 guard, and I’ve seen over 17 years of A-10 men’s hoops by simply attending Fordham games and researching the opponents. His north and south ability is uncanny for a freshman, which allows him to push the pace and attack the rim at will.

Grant’s Flyers, perhaps by next season, will be the most talented team in the Atlantic 10 by a mile. Between Smith, Holmes, sophomore Toumani Camara, junior Elijah Weaver and tons of other freshmen who are yet to play, the Flyers are looking at a potential A-10 dynasty. They are certainly in the running for the Atlantic 10 title this season and are not going away anytime soon.

Head coach Mark Schmidt has found a way to achieve more with a lot less than you would expect. The defending A-10 champs have kept the same core together with all of that culminating into one last trip around the block.

The quintet of Kyle Lofton, Osun Osunniyi, Jaren Holmes, Jalen Adaway and Dominick Welch have been one of the best in the Atlantic 10 all season. All five seniors are responsible for 92% of the team’s entire scoring and play 30 minutes or more per game. Schmidt’s team is also the model of consistency as the season has progressed.

This group is bound to make all Atlantic 10 teams, probably first and second for sure. Lofton, Welch and Osunniyi went to the A-10 championship game as freshmen, losing to the eventual champion Saint Louis in 2019. They were able to guide the team to the league title last season, but there is one thing that stands in their way from repeating: their lackluster bench.

The Bonnies rank in the middle of the pack in the A-10 in both offense and defense, and while it’s nice that all five starters contribute at a very high level, that is just where the Bonnies might have issues. The starters do, quite literally, everything.

Outside of their starters logging heavy minutes, the bench of the Bonnies is dead weight. None of the bench players for the team average more than five points per contest, let alone logging more than 15 minutes per contest.

And, while the starting group and the coaching magic of Mark Schmidt covers for the lacking bench, they might really gas themselves out come A-10 tournament time. Nonetheless, St. Bonaventure is in play for the league title once again and perhaps an NCAA bid.

The return of Adrian Baldwin has been timely for the Rams, and with injuries being a common theme this season for VCU, head coach Mike Rhoades has been able to keep VCU afloat despite some key players dealing with various ailments. One thing is for certain, HAVOC is back and as good as the original.

Following Anthony Grant’s departure from VCU, Shaka Smart’s reign as commander from 2009-2015 produced HAVOC: a ruthless, unflappable defensive strategy that was designed to disrupt opposing offenses by utilizing the full court press. That concept has been reincarnated into the sequel; a slightly less fierce version that still combines the aggressiveness of the original but adds some more detail.

Rhoades, though a disciple of Smart, does not have remotely the same talent level that Shaka had at the height of HAVOC back in

the early 2010’s. However, he does possess the three headed monster of Vince Williams, Hassan Ward and Jayden Nunn.

Williams and Nunn are excellent perimeter defenders that have height and lateral quickness to switch onto almost anyone on the perimeter. Enter the paint and you get to meet Hassan Ward, the shot blocking standout averaging 1.6 BPG, which ranks him eighth in the Atlantic 10.

VCU is currently fourth in the NCAA in defensive rating, first in the A-10 in opponents PPG  (58.4), second in opponent field goal percentage (38%), first in opponent three point percentage (26%) and have forced the most turnovers (284) of anyone in the conference.

Williams, Ward and Baldwin each made A-10 teams last season that ranged from All-Atlantic 10, A-10 All-Defense and A-10 All-Rookie teams. Adding Nunn as a freshman this year has only helped their cause, and is likely en route to an All-Rookie selection this season because of his defense.

Although they have one of the worst offenses in the country (ranking last in the A-10 in scoring and towards the bottom 20 teams in the NCAA in offensive rating), that is usually the case with defense oriented teams like VCU. Though the defense is overwhelming, the offense is so bad it could be the downfall of the Rams come March.