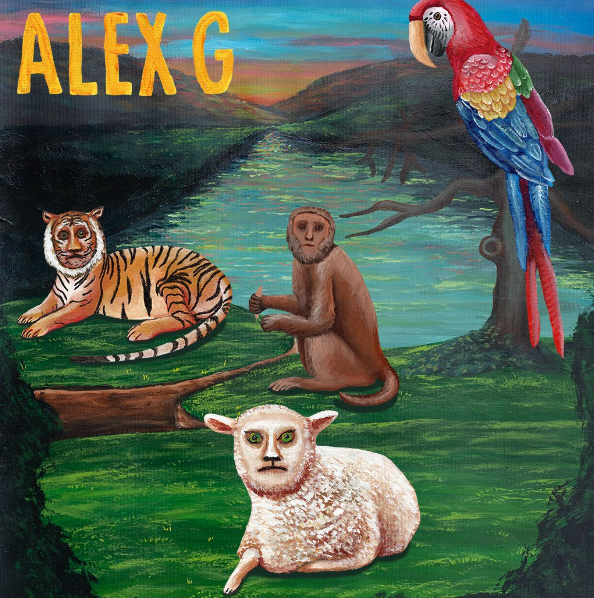 "Miracles" is the fourth and final single on Alex G's latest album, "God Save the Animals." (Courtesy of Instagram)

Alex G is notorious for playing parts and telling stories. In almost every song throughout his nine studio albums (and hundreds of unreleased tracks), he enters the world of a new character. He transcribes thoughts and feelings through the eyes of a dog, a 14-year-old girl or a cowboy to name a few) and lures you into their worlds. In other songs, Alex G is simply a narrator telling a story on behalf of one of these fictional characters. His fans often argue about whether these character’s stories are a reflection of his own or are impersonal to him. It’s difficult, however, to imagine Alex G as merely a messenger in his most recent song “Miracles”, the fourth and final single on his album “God Save the Animals” which releases on Sept. 23. With intimate songwriting and folky rhythms and strings, “Miracles” is Alex G’s most personal song yet.

Alex G’s earlier work often conveyed themes of adolescent confusion as he sang of drug use, losing friends, relationships, heartbreak and the monotony of life. However, in “Miracles,” it seems he has things somewhat more figured out. He says “infinite futures become a single past.”The many choices and paths of life that he once struggled to understand through his songwriting are now behind him;his thoughts seem clearer.

Alex G reflects not only on his past, but delves into his present as he is accompanied by his partner, violinist (most recently for Japanese Breakfast) Molly Germer. In the second verse of Miracles he sings “You say one day that we should have a baby, well right now, baby, I’m struggling, we’ll see.” Later, he revises; “God help me, I love you, I agree.” This leaves us to wonder if this “baby” is literal or, like many of his references, something symbolic. As he discusses growth and his better understanding of who he is, a baby could signify milestones in his relationship or his life in general.

Religion is also a major theme in “Miracles” taking from the album’s title “God Save the Animals.” He describes “miracles and crosses” as “better pills than ecstasy.” Again, his opaque lyrics allow for infinite interpretations. “Miracles” could be referring back to a “baby” or changes in his life. And “crosses,” unless Alex G has had a sudden call to faith, could refer to relationships or opportunities formed as a result of crossed paths.

Later, he sings “How many more songs am I supposed to write before I should turn it off and say goodnight?” Although this verse does sound rather literal, I interpret it again as symbolic of change. Alex G’s songs are never really consistent in their nature, but in “Miracles” he seems to branch away from his classic low-fi, electronic and experimental tones. Instead, his vocals are more raw and the strings and percussion is more straightforward, allowing his lyrics to take center stage.

Like many of his songs, Alex G’s “Miracles” doesn’t get too specific. He leaves these vague and ambiguous references to be interpreted by his fans on sites like Twitter and Reddit. In a recent interview with Pitchfork, Alex G admits that although these theories are usually wrong, every now and then someone will understand his songwriting better than he was able to.