Momentum is Swinging in Women’s Soccer 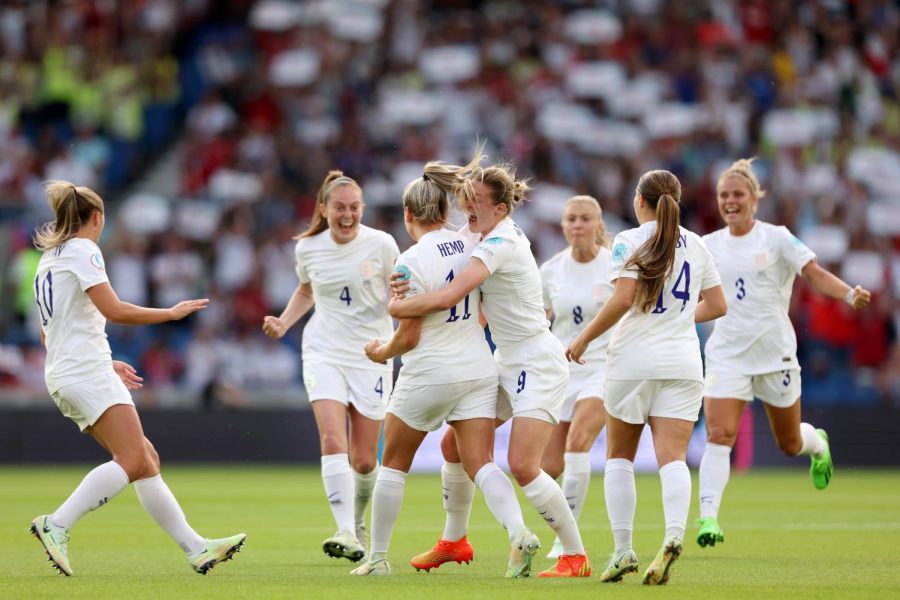 The Lionesses pose a threat to the dominance of the USWNT. (Courtesy of Twitter)

The United States Women’s National Team (USWNT) find themselves in a situation they haven’t faced in the better part of a decade: the spotlight has shifted away from them. Where it now lands is in the United Kingdom with the Lionesses of England, who just brought home the European Championship in dominating fashion. With the win, things are changing in England with how women’s soccer is perceived and respected. This is much like what American’s saw following the World Cup victories in 1991, 1999, 2015 and 2019. The momentum behind England’s recent rise in popularity is reminiscent of the 2011 World Cup, when U.S. forward Abby Wambach tied the game in extra time against Brazil in the quarterfinals, a game the Americans eventually won. While the U.S. would lose in the finals, the impact of the team’s run provided a base of dominance and fan following that is still felt today.

With England’s big win, there have been multiple records already broken in viewing and attendance of women’s matches. The Women’s Euro 2022 final between England and Germany brought in a peak audience of 17.4 million on BBC, breaking English records for the most-watched women’s soccer match in history. Not only was there a record breaking number of television viewers, but also an astounding in-person attendance number as well: A whopping 87,192 people packed into Wembley Stadium to watch the match, breaking a record there as well.

These effects have been felt on the international stage as well. Ticket sales for England’s Women’s Super League (WSL) have skyrocketed also. Arsenal’s WSL team is set to smash records going into the new season. They’ve already sold out their North London Derby matchup against Tottenham on Sept. 23. The match has seen 45,000 tickets sold, beating the previous record of 38,200. This fixture is set to have more people attending than the last four games where the two teams faced off combined. Furthermore, a match between Manchester City and Manchester United that isn’t set to be played until December has already surpassed 20,000 tickets sold.

Given the roster turnover that seems to be happening for the USWNT right now that’s seen the likes of former mainstays Christen Press, Tobin Heath and even Alex Morgan be excluded from rosters, the U.S. is at a vulnerable spot right now. Add this to the on-going adjustment towards new manager Vlatko Andonovski’s coaching style in contrast to former coach Jill Ellis, things could change quickly on the international stage. England’s rise couldn’t have come at a better time for the Lionesses and a worse time for the Americans, especially following the U.S.’’ performance in the 2020 Olympics where they only earned a bronze medal. The American squad is at a crossroads they haven’t experienced in a very long time.

However, it won’t take long for us to see where both teams truly lie. The two teams will face off on Oct. 7 in London at Wembley Stadium. This game provides the U.S. their first challenge since the Olympics, as their friendly matches of late have not been against dangerous teams. Traveling to the Lionesses’ home to take on the team with the most momentum in international play will give the U.S. squad a chance to see what they excel at, what they can work on and how they might shape up against the best teams in the world. It will surely be interesting to see how it all plays out, but it’s definite that the standings in the world of women’s soccer are changing.